This is the order in which the game calculates damage output. Each step prioritizes percentages over flat boosts and the result always gets rounded down, except for the Ki Multiplier step, which gets rounded up.


SA Multipliers can be increased in four different ways: 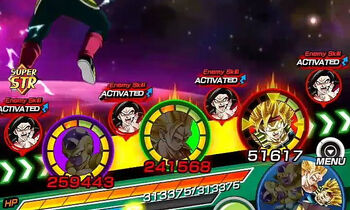 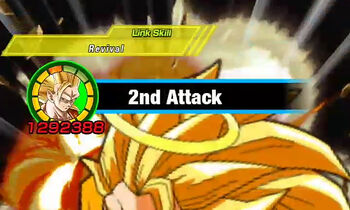 Cards that raise their ATK with their SA for 3 or more turns start off with a lower SA Multiplier, so that they cause increased damage only starting from their second Super Attack. The same goes for units that boost allies' ATK with their SA, they have a lower SA Multiplier so that only allies can benefit from the boost (an additional Super Attack would give a single boost to the unit and a double boost to allies). More info here.

Some characters have a 30% chance to activate a different Super Attack with a different SA Multiplier. The exception being Supreme Damage +90%, with a 50% chance.

There are multiple rules involved in increasing a card's Super Attack level. Refer to Leveling Super Attack Guide for a breakdown of these rules, as well as a list of compatible cards for various characters.